Kill Rock Stars is proud to announce that Emily Heller's latest comedy album, Pasta, is out now. CLICK HERE TO BUY YOUR COPY.


Recorded live at Curious Comedy Theater in Portland, Oregon, her set has the casual, friendly feel of a hang with your best friend, whether that’s at a bar or your couch. Anywhere you can share caustic barbs and bitter truths about your life and the weird world you’re surrounded with. She’s effortlessly and fearlessly funny as she goes over her need for therapy, dealing with slightly invasive personal trainers, and the joys and perils of her current romantic relationship.

It’s the perfect comedic blend of the intensely personal yet instantly relatable. You haven’t lived Emily Heller’s life but you recognize the little details and big feelings from your own day-to-day existence. It just took finding that brilliant, hilarious person with a microphone to speak them out loud.

Comedian Emily Heller is set to release her new album PASTA on KILL ROCK STARS on MONDAY, NOVEMBER 19. A fit follow up to her KRS debut GOOD FOR HER, PASTA amplifies her singular comedic voice and vision in all the right ways. Recorded live in Portland, Oregon, Emily’s set has the casual, friendly feel of a hang with your best friend, whether that’s at a bar or your couch, anywhere you can share caustic barbs and bitter truths about your life and the weird world you’re surrounded with. Emily is effortlessly and fearlessly funny as she goes over her need for therapy, dealing with slightly invasive personal trainers, kids who deserve to be on leashes and the joys and perils of romantic relationships. It’s the perfect comedic blend of the intensely personal yet instantly relatable.

Emily Heller is an Emmy-nominated writer and comedian who has her own Comedy Central half hour and has appeared on Late Night with Seth Meyers, Conan, The Meltdown with Jonah and Kumail, John Oliver’s New York Stand Up Show, Maron, Inside Amy Schumer, @midnight, Chelsea Lately and as a series regular on the TBS show Ground Floor. She is a writer for the HBO series Barry, starring Bill Hader, as well as TV shows for Fox, NBC and TBS. She was named a New Face at Just For Laughs, a Comic to Watch by both Variety and Comedy Central and one of the Funniest Women in Comedy by Marie Claire. Emily is also the co-host of the long-running podcast Baby Geniuses.

Emily Heller shares trailer for new album 'Good For Her'

Comedian Emily Heller has debuted this new commercial for her excellent comedy album Good For Her and it features cameos from folks like Will Forte, Ron Funches, Maria Bamford, Todd Barry, Kumail Nanjiani, and wayyy more! Check it out!

Good For Her is available now on CD and good ol' MP3. Preview some tracks at Bandcamp!

The debut albums from comedians Emily Heller and Ian Karmel are not in stores until Friday, November 13th but you can listen to previews of the album TODAY at our TuneIn radio station! What a crazy world we're living in! Check it out!

Ian and Emily are having an album release party on Friday at The Nerdmelt Showroom at Meltdown Comics in LA! Click here for tickets!!!

Good news, MP3 fans! We made a new digital sampler of stand-up comedy from Ian Karmel, Emily Heller, Cameron Espsoito, Hari Kondabolu, and Kurt Braunohler that you can download for FREE at our Bandcamp page! Click here to download Crazed MP3 Fans Vol. 2!

KRS TO RELEASE ALBUMS BY IAN KARMEL AND EMILY HELLER!

We are SUPER DUPER EXCITED to announce the two newest comedy releases on Kill Rock Stars: the debut albums by Ian Karmel and Emily Heller! 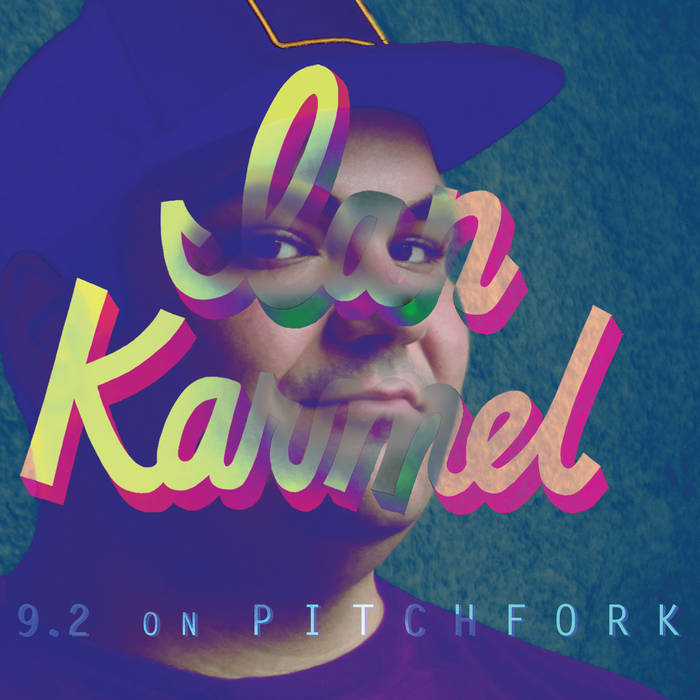 IAN KARMEL is a Portland comedian whose unique perspective landed him the “Funniest Person in Portland” crown. His debut album '9.2 On Pitchfork’, recorded live before a hometown crowd, finds Ian waxing poetic about reviving Pimp My Ride, his differences with Harry Styles, being Jewish (but atheist) and other hilarious anecdotes. Ian made his late night debut on CONAN, appeared regularly on Chelsea Lately, plus TV credits including IFC’s Portlandia and the Travel Channel’s Best Sandwich in America, as well as a post-game analyst and commentator for the Portland Trailblazers. He currently lives in LA where he is a writer for CBS’ The Late Late Show with James Corden. iankarmel.com 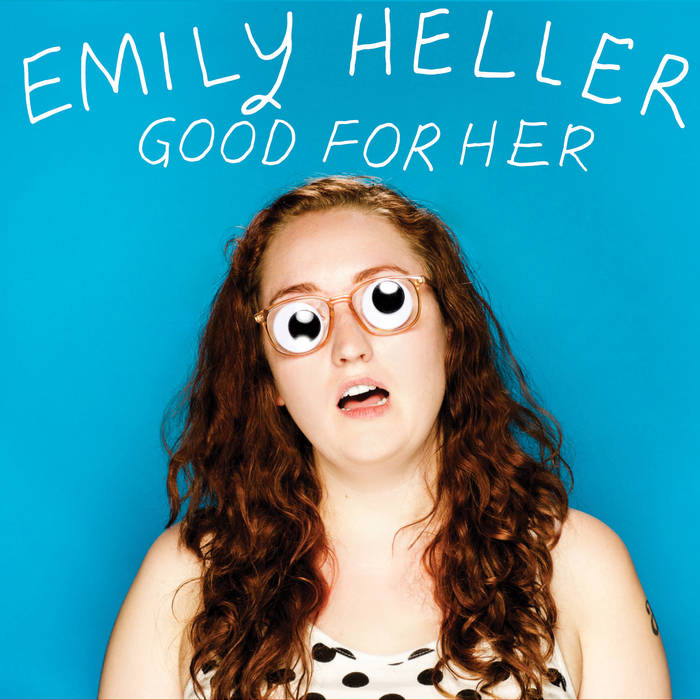 EMILY HELLER recorded her debut album ‘Good For Her’ before a packed house at Union Hall in Brooklyn, taking the crowd on a ride through her awkward teenage years in San Francisco, misadventures in housesitting, being single, her love of hip-hop and more. Emily was named Comic to Watch by both Variety and Comedy Central and featured in Marie Claire’s “Funniest Women of 2015.” She has performed on CONAN and appeared on @midnight, is the creator and star of the Above Average series "The Future," co-hosts the podcast “Baby Geniuses” and is currently a series regular on the TBS comedy Ground Floor. http://emilyheller.tumblr.com/

We are excited to announce that comedian Emily Heller has joined the KRS family and will be recording her debut album on June 3rd at Union Hall in Brooklyn, NY. Tickets to her album taping are available at http://www.unionhallny.com/event/815919-emily-heller-live-album-brooklyn/. We’ve been fans of Emily’s comedy stylings for a few years now, so when she asked us if we would want to release her album, we considered it for less than thirty seconds before replying, “YES, PLEASE!”

Emily has appeared on Conan, John Oliver’s New York Stand Up Show, and @midnight. She has been named a Comic to Watch by both Variety and Comedy Central. She is the co-host of the Baby Geniuses podcast with cartoonist Lisa Hanawalt.